By MAG Gallery of Como and Gallery Cinquantasei of Bologna

At the same time as the great exhibition “Mirella Guasti and Luigi Pellanda” curated by Alan Serri at the Stadium of Domitian in Rome, an important archeological site ( Unesco Heritage) located at about 4.40 meters under Piazza Navona, a collection of twenty artworks by the Venetian Master will be showed for the northern Italian public at the MAG Gallery of Como. 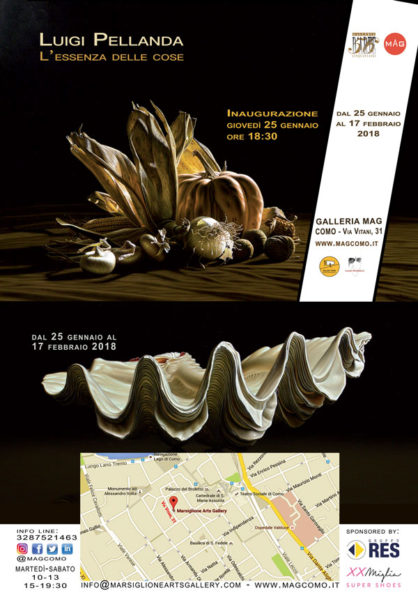 Luigi Pellanda, born in the town of Bassano del Grappa (VI) in 1964, roots his artistic nature already in his adolescence with the passion to immortalize nature through photography and he collected many good satisfactions; this until 1985 when from a snapshot of a kingfisher taken along the Brenta River’s banks he got the inspiration to realize a painting of it.

Since that moment Luigi Pellanda has been intensely dedicating himself to painting, but photography is always an active part of the design stage for each of his artworks; on the other hand  with the very long execution times for each work it would be impossibile to portray his still life from live. Because of the big dedication necessary for the creation of the artworks his production is very limited, he realizes about 20/25 paintings per year.

At the base of each artwork of the Master Pellanda, there i san important and meticulous design. The artist scrupulously organizes the scene and builds up the space following the directives of the artwork’s title. Each object, flower, fruit or tablecloth’s fold is positioned in a way to seem natural, but actually reveals what the artist wants to represent.

Luigi Pellanda’s realism is very personal, his aesthetic research is focused on giving relevance  to the objects  which express an aura that goes beyond the reality; thanks also to the monochromes used as backgrounds that move towards the viewer the main object or objects, which, although their ancestral stillness almost baroque, vibrate so quickly that loudly hiss their story. Their Essence.

The most representative voices of the National critics place Luigi Pellanda’s work between the hyperrealism and the figurative realism or magical realism of the XX century ‘20s; and it is true that as in the best Italian and European  pictorial tradition, Luigi Pellanda has his roots comparing himself to some great Masters, but certainly  the artist who has mostly influenced him in this direction is the Armenian naturalized Italian Gregorio Sciltian.

I mention, because it suits to Luigi Pellanda, Roberto Longhi presenting  Sciltian’solo show at the Gallery Bragaglia of Rome in 1925 “ the peculiarity of a painting which recovers the tradition of Caravaggio and the Flemish one with a realism of impressive photographic fidelity: a detailed perfection achieved through a matter of compact color and a  technique borrowed from the antique painting”.

The planning, the technique, the conceptual and  analytic line, place Luigi Pellanda’s work very far from the American and European hyper-realists, so that he has not to be confused with that tendency which had diametrically different concepts, techniques, design.

In Luigi Pellanda’s contents, the Veritas still nature, the flowers vases and the big shells are the main subjects portraits are very rare, but his attention is not focused on the objects as such, rather on on the whispered story that they can tell, on the vitreous  illusion, on the suggestive atmosphere and on the concrete symbol that represent a clear and evident reference to life.

CONTACTS FOR PRESS AND INFORMATION 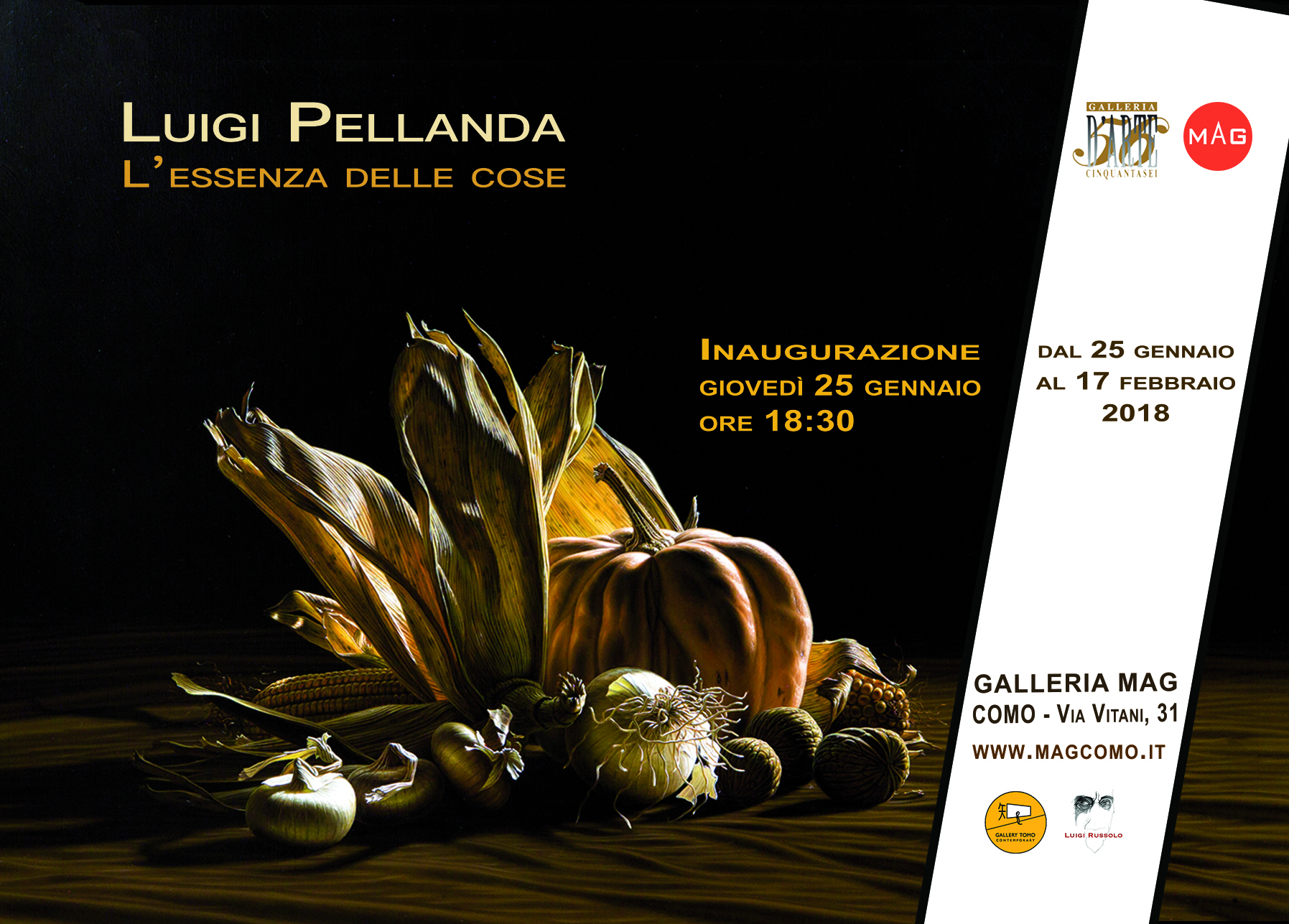