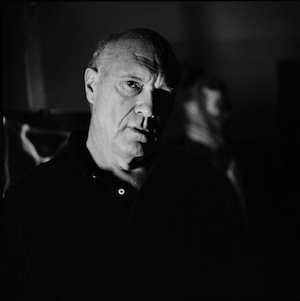 Sandro Chia was born in Florence in 1946.

Art works available to collectors and displayed in the show organized by MAG in the magic spaces of the ex-church of San Pietro in Atrio in Como, Via Odescalchi 3.

Chia Sandro was born in Florence in 1946. He has studied at the Istituto d’Arte and then at the Accademia di Belle Arti in Florence where he graduated in 1969. After graduation, he has travelled extensively in India, Turkey and throughout Europe before settling in Rome in 1970.

During the 1970’s Chia Sandro began to exhibit in Rome and Europe, gradually moving away from conceptual  works towards a more figurative style of painting. Between September 1980 and August 1981 he received a scholarship from the city of Monchengladbach in Germany where he moved to work for a year. The following year he moved  to New York City, where he will remain for over two decades, with frequent trips back to Montalcino, near Siena in Italy.

Chia Sandro has been part of the Italian “Transavanguardia” movement, exhibiting in many of the most important museums and galleries of the world. He has exhibited at the Biennale of Paris and San Paolo and three times at the Venice Biennale. His work has been part of  internationally acclaimed museum group shows. Amongst his most important personal shows are exhibitions at the Stedelijk Museum of Amsterdam (1983), the Metropolitan Museum of New York (1984), the National Galerie of Berlin (1984, 1992), the Museum of Modern Art of Paris (1984); the Museums of Dusseldorf (1984), Antwerp (1989), Mexico City (1989); Palazzo Medici Riccardi in Florence (1991); the Museums of Karlsruhe (1992), Palm Springs (1993), Villa Medici in Rome (1995); Palazzo Reale in Milan (1997), the Boca Raton Museum of Art, Florida (1997), the Galleria Civica of Siena (1997), the Galleria Civica in Trento (2000), the Museo d’Arte of Ravenna (2000); Palazzo Pitti and the Museo Archeologico Nazionale of Florence (2002); and most recently the Duomo of St. Agostino in Pietrasanta (2005) and Galleria Nazionale di Arte Moderna of Rome (GNAM) (2010).

In 2003, the Italian State acquired three important works of Chia Sandro for the permanent collection of the Italian Senate at Palazzo Madama, and in 2005 two monumental sculptures were acquired by the Province of Rome and placed in front of its headquarters in Via IV Novembre, Rome.

Today Chia Sandro lives between Miami, Rome and his Castello Romitorio wine-making estate in Montalcino, where he also follows the production of prestigious wines, amongst which the world-famous Brunello wine which has won the ‘International Wine Challenge’ for best red wine in 2010.