The Union of the Finalese Cities,

The Promoting Society of Fine Arts of Liguria

the Solo Show of  Antonio Pedretti 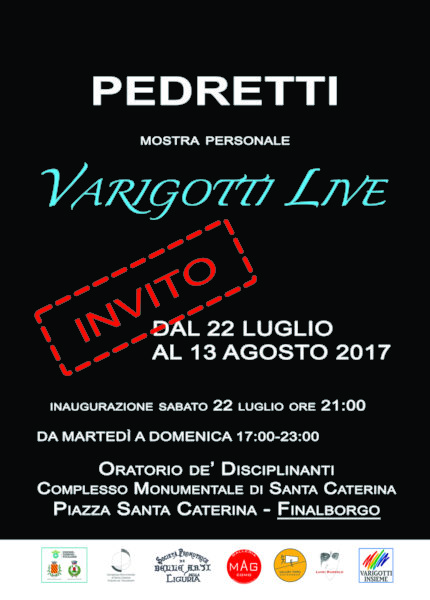 Master Antonio Pedretti’s Solo Show titled Varigotti Live with vernissage on Saturday July 22nd at 9.00pm, at the Oratory of the Disciplinanti at the Monumental Complex of Saint Caterina in Finalborgo (SV).

Finale Ligure, June 2017 – The Union of the Finalese Cities, the Promoting Society of Fine Arts of Liguria and the Art Gallery MAG of Como, present Master Antonio Pedretti’s Solo Show  titled Varigotti Live with vernissage on Saturday July 22nd at 9.00pm, at the Oratory of the Disciplinanti at the Monumental Complex of Saint Caterina in Finalborgo (SV).

The Union of the Finalese Cities , in the person of the Culture Councilor Claudio Casanova, the President of the Promoting Society of Fine Arts of Liguria Dott. Mario Moneta and the curator of Antonio Pedretti’s Archive Salvatore Marsiglione, present the solo show of Antonio Pedretti, one of the most active contemporary Master, titled Varigotti Live.

In the story of a Master already consolidated as Antonio Pedretti, each exhibition is like a dowel to apply to chronology, each one composes his own life and artistic path. This exhibition in such a prestigious location like the Oratory of the Disciplinati in the Monumental Complex of Saint Caterina in Finalborgo, is so an important piece for Antonio Pedretti’s life, who uses to spend the mild seasons on Varigotti’s hills.

The exhibition is organized on the two expositive floors of the Disciplinati’s Oratory in the Monumental Complex of Saint Caterina in Finalborgo, one of “the most beautiful Italian Villages”.  At the ground floor the series of “Varigotti Live” presented in all its entirety composed by 25 artworks created with a deep technical research which overtakes the materia and the support and changes their schemes. At the first floor instead,  a selection of only 22 artworks, some of his historical works including the one which was exhibited at the Corderie dell’Arsenale on occasion of the 54th Venice Biennale.

His  relationship with the village of Varigotti is as visceral as the one with his Lake, here he finds an incomparable equilibrium, where sea and rocks meet together, where nature is still uncontaminated and the white lands  peek out in these time marked paths.

In this  new subject matter, Pedretti’s work lives by itself, he transforms his snowfalls into white rocks, his wood into trees and bushes, the sky into the sea, but he is always loyal to his own gestural art and matter which mark him in the national and international painting scenario. His research has leaded him to the study of other places, but above all to deepen and mainly interact  with the matter, because in this case, the support is a completing section to the aesthetics  in addition to the technique; the cardboard surface glued to the support on canvas is not only suitable to receive the color, but it includes the color as the latter does with the cardboard.

In this way the Master gives to it another meaning, it is nomore a support, the canvas is it, but it is a completing element of the representation.

To viewers’ right question:“ painting has to go towards representation or towards  informal?” the Master answers returning us a symphony, where the  more harmonies, that make it up, raise and lower the tones and intensity, they mingle one with the other, from a painted and “kneaded” rock you go  to a sky which merges with the sea like in the best scenarios, where a tree, trunk  or bush keep the gaze anchored toward the figure. The cuts, the rips, the mechanical removals to  the thick cardboard often create rocks, lands and beaches with the naturalness of the gesture. The landscape… is the most recognized iconography and so the most Pop, but he is able to realise it always differently , and it is us who have to observe it with different eyes. We have to be able to hear the sound of the sea, to smell the scent of nature or the sour of cliffs as the artist sees them and as we remember them.

CONTACTS FOR THE PRESS AND INFORMATION: 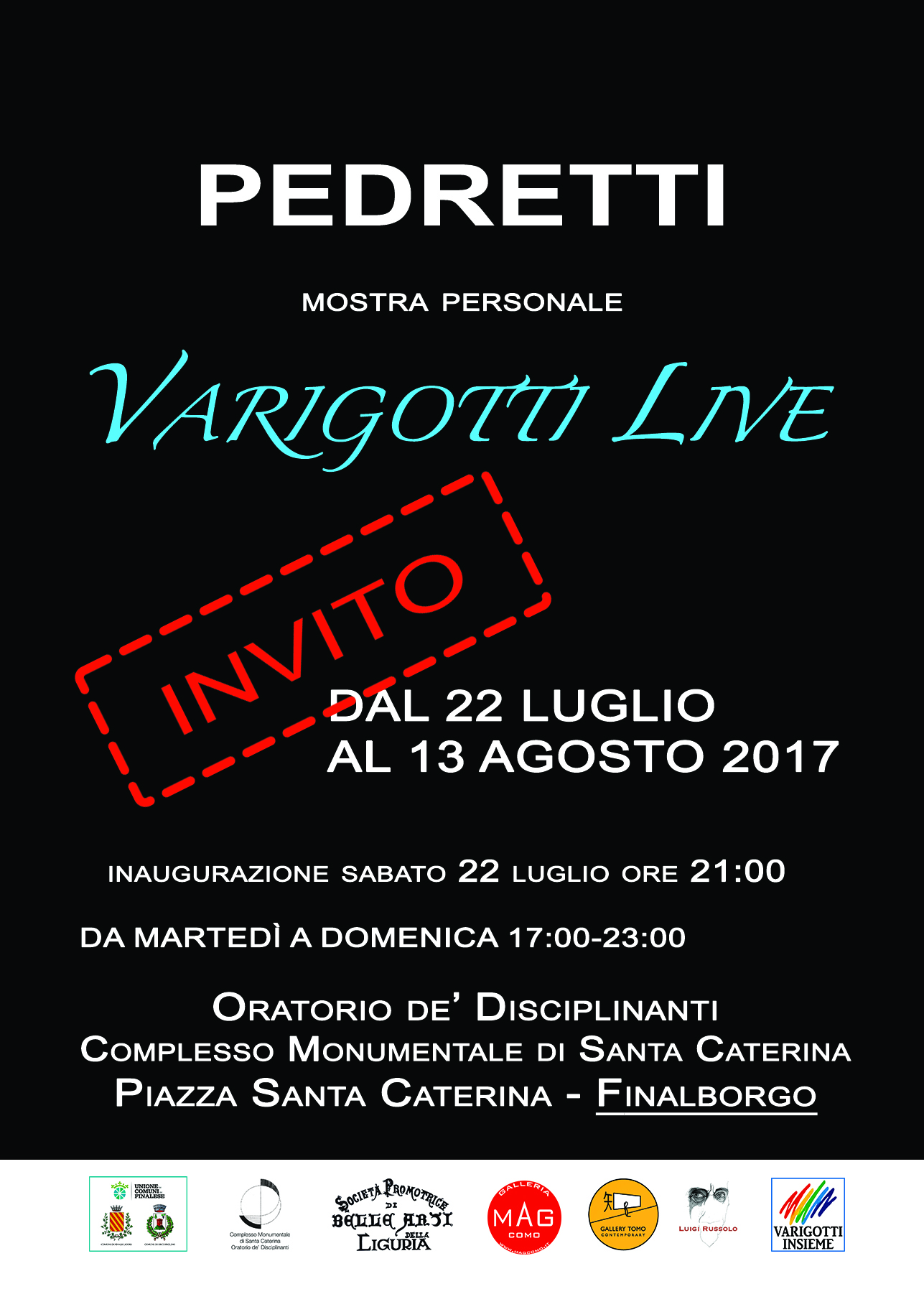